The Jeûne Genevois is a public holiday specific to Geneva. It falls on the Thursday after the first Sunday in September. On this special day, the people of Geneva traditionally eat prune tart.

Tarte aux pruneaux (plum pie)  is often served as dessert in Geneva homes on Jeûne genevois. Any knowledge as to how this tradition began seems to have been lost, although it may have come about as a means to allow women and housekeepers a way to spend the day in prayer, having cooked plum pies the day before (area plums being in season). The practice of fasting could be observed in the. Swiss cantons as far back as the 15th century. The Diet, an assembly of the representatives of the cantons in place until 1848, organised penance and thanksgiving days. Each canton could decide what form these fasts would take.

The origin of the Jeûne Genevois dates back to the first fast recorded in Geneva, at the beginning of October 1567, following the repression of Protestants from Lyon. From 1640, fasting was seen as a moral and religious act and became an annual practice at the initiative of reformed cantons. It was seen as an act of humility and solidarity with the poorest members of society. 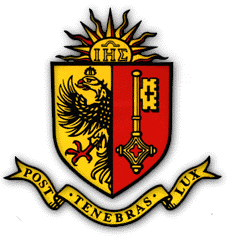 Our “ J.B. Terray 27 ” Boarding House is ready to celebrate a holiday! And since we don’t have to go to school tomorrow, we are all looking forward to the trip to Lausanne to visit the Olympic Museum. This excursion is going to be organized thanks to our great Boarding Activity Managers! !!  You will be able to see the beautiful pictures of these trips tomorrow.